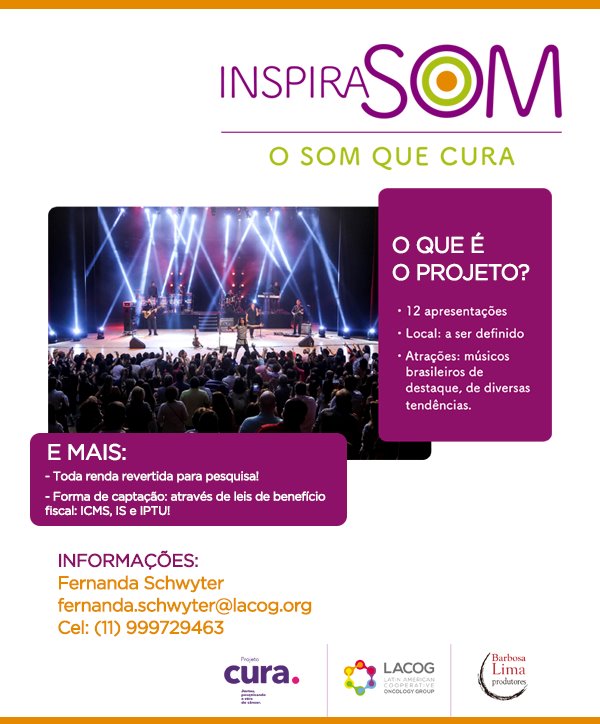 Cure, in partnership with the Barbosa Lima Group, is promoting the execution of 12 musical events with the participation of artists from different genders of the Brazilian music, such as: samba, rock, instrumental songs, Brazilian Popular Music (MPB), among others.

The income of shows will be used to finance oncological researches.

The project is funded through the Law of Fiscal Incentive, such as ICMS, ISS and IPTU, both by companies and individuals.