The Cure Project encourages the oncologic research by launching an award 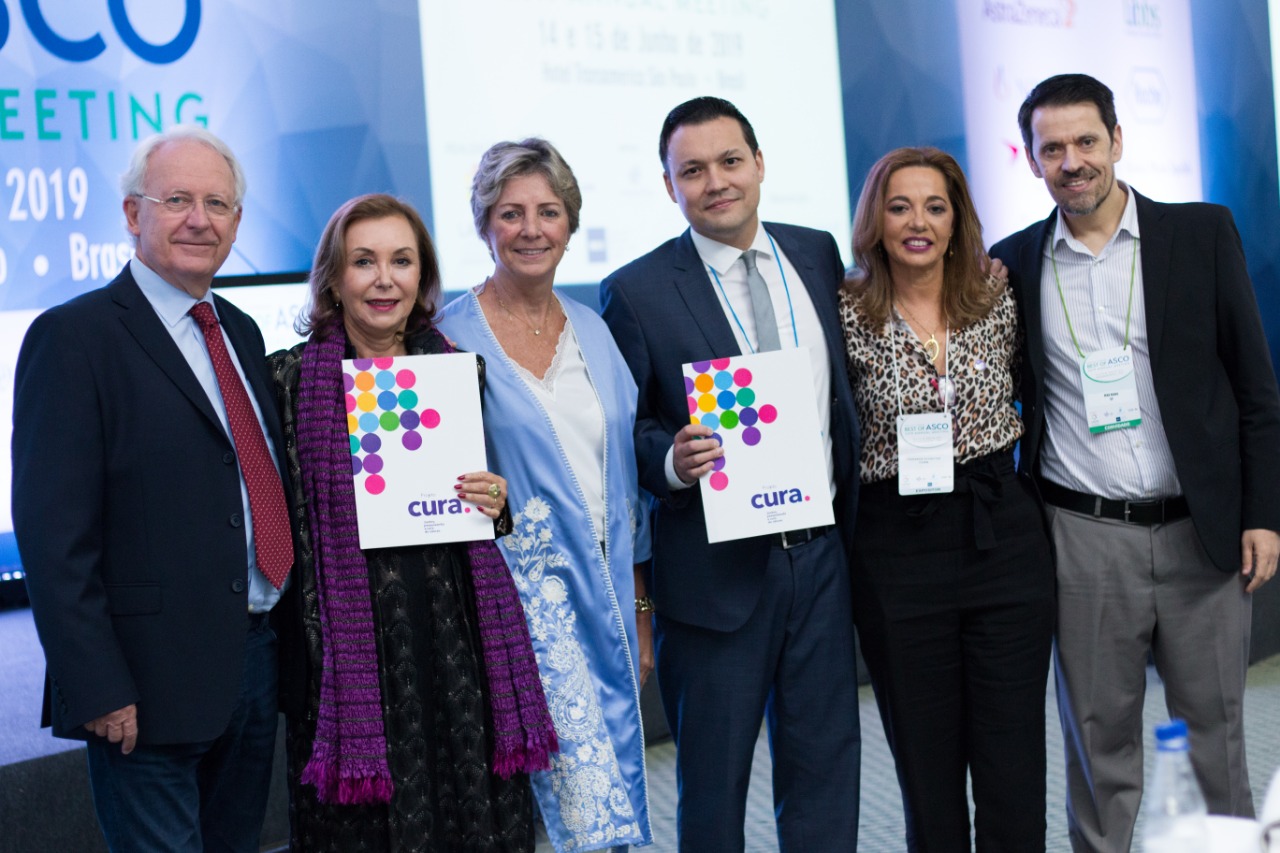 Created by The Cure Project, the Renata Thormann Procianoy Award intends to create a culture of philanthropy, raise funds to support scientific researches and encourage young oncologists to conduct researches that help in the search for a cure for cancer. The award was launched during the Congress Best of Asco, which was held on June 14-15, 2019.

In its first edition, the award took into consideration the papers submitted to the Yearly Meeting of ASCO (American Society of Clinic Oncology). A technical committee composed of researcher physicians associated to LACOG selected the work submitted by Dr. Thiago Bueno as the winner. 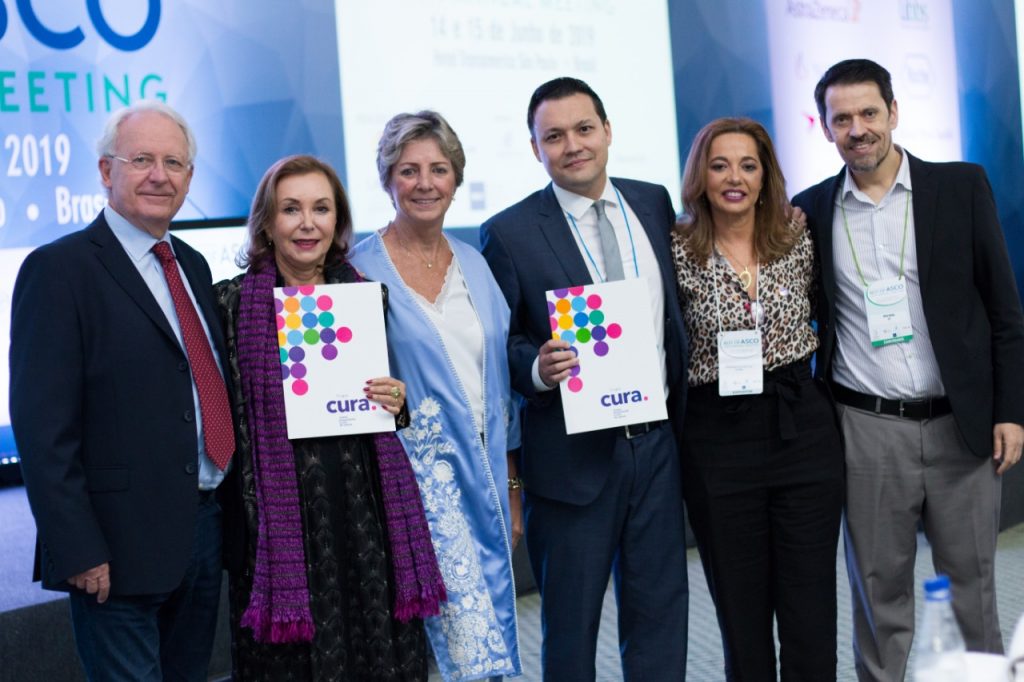 The award was inspired on Nora Thormann Porcianoy, who counted with the help from her daughter Renata Thormann Procianoy to support researches that could help to diagnose the problem she was facing with her breast prosthesis. Renata quitted all her activities and dedicated herself just to that mission, which resulted, two years later, in the inclusion of Nora´s case in a research coordinated by Dr. Roberto Miranda at the MD Anderson Hospital, University of Texas – USA. The researches detected the problem and treated Nora. Some years later, when Nora was totally recovered from the cancer, her daughter was killed in a car accident in 2013.

The family decided to transform pain into love by supporting the researches addressing the cure of cancer. Through The Cure Project they donated funds to LACOG, an institution that develops and coordinates multicentric oncologic researches in Latin America, with headquarters in Brazil.

Get further information about this story in the video which link is below: 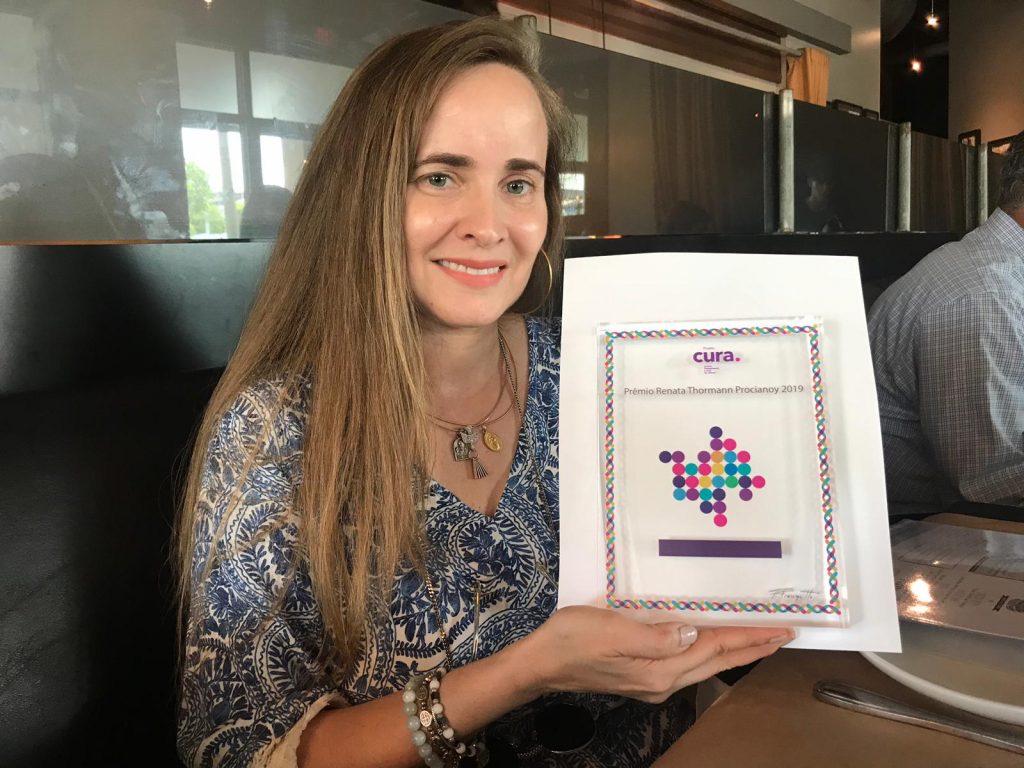 Fernanda Frangetto Maksoud, visual artist, works in different media: sculpture, installation, painting and drawing. She studied at the Centro Universitário de Belas Artes and became a specialist in skulpture by the Museu Brasileiro da Escultura, both located in São Paulo.

She has created skulpture and trophies for the Sao Paulo Association of Critics of Arts-Associação Paulista de Críticos de Arte (APCA Award), Fashion Brazil Miami. The Government Center of Doral, in Florida, invited her to create sculptures in homage to the national fight against cancer. Such sculptures have been donated to the City Hall of Doral, Commissioners Office of Miami-Dade and to the American Cancer Society. In response to a special invitation by the “Association Institute The Cure Project-Associação Instituto Projeto Cura” she designed the trophy for the “2019 Renata Thormann Procianoy Award”

Fernanda Frangetto has been granted with the Great Golden Award-Grande Prêmio de Ouro by the Bunkyo Exhibit-Salão Bunkyo and has been one of the consecutive winners of the Award of Visual Arts of Focus Brazil. Fernanda Frangetto has delivered lectures in countless events of arts and her works are included in art collections such as the one at the General Consulate of Brazil in Miami, The Marcos Amaro Foundation and the Brazilian Society of Japanese Culture-Sociedade Brasileira de Cultura Japonesa. Fernanda Frangetto is represented by the Duo Art Gallery, in Miami.